#SampleSunday | An Excerpt From The Aris Effect

Aris pushed her pencil across the paper, bringing to life the vision in her mind earlier that morning. She would have sketched it sooner, but Luke happened and she got distracted. Most of her idea was still in her head though, and she was able to get it out as she worked quietly on the sofa in Troy’s apartment. Nate sat across from her on the carpeted floor as he toyed with a few ideas of his own while Troy wasted time delivering the latest installment of his soapbox series, “Dating Is Bullshit And I Hate It.”

Nate managed a perfunctory nod of support at the appropriate intervals but, after a while, Aris felt Troy’s eyes traveling over to her in anticipation of some kind of response to his self-important tirade.

“Hol’up…” Aris stopped sketching and peeked under a sofa cushion expectantly before patting the pockets of her jeans several times and finally shrugging her shoulders indifferently. “Damn, man. Fresh out of fucks. Check back later though. I usually re-up after dusk.”

“Your empathy knows no bounds, baby doll.” Frustrated, Troy stopped pacing and collapsed on the opposite end of the sofa. “I can always count on you.”

With a snort of amusement, Nate shook his head. “She’s like a dude that way.”

“Whatever,” Aris replied, picking up her tablet to search for images. Looking at the results, she squealed in excitement and scooted closer to Troy. “Check it out,” she said to him, shoving the tablet in his face.

“Isn’t everything?” She rolled her eyes and frowned. “Stop being yourself and really look at it.”

Troy grabbed the tablet from her hands and studied the screen closely. After a few beats, he passed it back to her with a slight nod. “Yeah, I can see why you’re feelin’ it but I had something else in mind.”

Nate looked up in question. “Let me see.”

The trio spent the next hour debating the overall direction of the project along with use of color and prosthetics to achieve their creation. After several rounds of arguments and Aris bullying them with her incessant opinions and inclinations, they were finally able to reach consensus.

Aris threw her hands up, wiggling in celebration.

Troy grabbed one of her arms and pulled her into a bear hug. “Anybody ever told you how much of a pain in the ass you really are, baby doll?”

“Once or twice.” Aris looked up at him and smiled brightly. “But I’m always right though.”

Nate laughed. “You are seriously overestimating your superpowers, buddy.”

“Correction,” Troy added. “A super pain in the ass.” 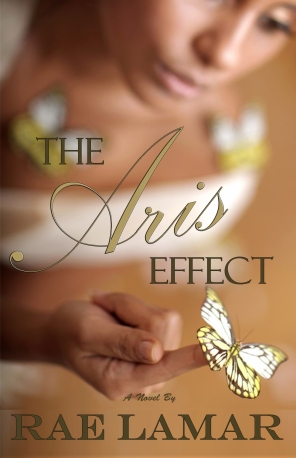 Being in love?
REALLY loving someone??
Two totally different things…

Aris Collier is a masterful artist but, when it comes to the art of love, she couldn’t be further from her comfort zone…

For Luke and Aris, it’s all fun and games until their work and general differences get in the way. Soon, Aris is falling from cloud nine into the reality of a live-in life with Luke where she’s failing forward almost every day. On the flip side, Aris is thriving in her new career. It’s much easier to navigate and a lot less complicated…especially the synergy she finds with Troy Murphy, her partner-in-art whose mere presence begins to undermine her life with Luke.

As Aris struggles to maintain a practical balance, she learns that loving Luke Donovan is effortless…but maneuvering the nuances of a real relationship? Not so much. It’s a simple truth that she quickly discovers the hard way, forcing Aris to either confront the contradictions within herself or continue to take unnecessary gambles that just may end up costing her the love of her life…