#SampleSunday | An Excerpt From DAWN OF ARIS

She rolled from her side to her back, willing herself to get out of bed and start the day. Minutes passed as she stared at the ceiling, rubbing circles around her navel. Over and over again.

She thought about Ralph. It would be easy to call him and continue their unique cycle of drama, but it was pointless. Their attempts to get back together never worked, no matter how many times they tried.

For weeks, she’d dismissed his twisted promises—to break up with her for good, to pursue other women, to report her to the police to reclaim his car. Blah, blah, blah. That’s what people in love did when they were hurt…talk shit. Especially, when the person they loved didn’t love them back the same way. So she had purposefully ignored it all. Ignored him. Never once believing that he’d actually make good on any of his threats, that he could ever leave her stranded with no means of transportation. Clearly, he’d had enough and was sending her a message that the days of him taking care of her—of taking her shit—were over.

She really couldn’t blame him though. Beyond her standard loyalty card, she really didn’t have much else to play in terms of their relationship…but at least she’d tried. If there was ever an award for Best Girlfriend in a Lackluster Rebound, it would bear her name.

She had done the best she could with what she had.

A few minutes later, Aris grabbed the phone off the nightstand and tossed it back and forth in her hands.

Should she call him? Apologize and give it another shot?

Despite his demanding nature, she still believed that Ralph was a good guy. It was just his deep need for her world to revolve around him that annoyed her most. He had to come first in all things, and her ability to not get with that program was their turmoil. Somehow, Ralph believed that she had only chosen him out of desperation, once claiming that “fact” was the only logical explanation for her indifferent behavior and overall lack of energy for their relationship.

She didn’t call him enough.

She had never once asked him for anything…with the exception of his car, of course.

Aris never argued the point because there was a lot of truth in Ralph’s accusations, stretching across the last two years that they had been a couple. Sadly, she really didn’t want him, and he truly was her go-to resource when inconvenience surfaced or whenever loneliness struck…the latter being a whole other issue.

Fully aware that her fickle libido left much to be desired, Aris did her best to compensate in other ways but her unpredictable sexual temperament never failed to trigger the eventual demise of every romantic relationship she attempted.

At first, she believed that most men put up with her because she was nice to look at and a very good lay…when she was in the mood. Sex was typically an occasional but not quite frequent desire for her, always appearing suddenly and unexpectedly like a rip current. During the long lulls between her surges, she’d learned that very few had the patience to hold out for her next rush and not one owned the ability to provoke it. Even the best of them would ultimately see a hindrance where at first they perceived an ego-driven challenge. They all grew tired and unfulfilled in the end though, eventually taking off in search of the consistent tides of other women.

Succumbing to a sudden yawn, Aris placed the phone back in its cradle and left her bed for the shower.

Ralph was her past. She had to move on.

They both deserved so much better. 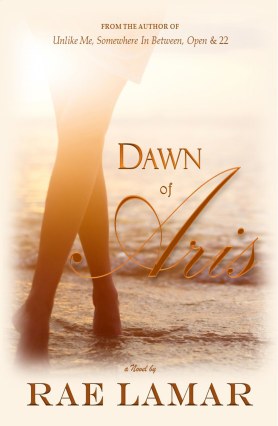 Aris Collier is chasing her dreams…at a snail’s pace. With little money and big talent, she works tirelessly to perfect her craft…even at the expense of her relationships. When Aris walks away from yet another dead-end entanglement with the hopes of finally getting her life on track, the last thing she expects is a fast friendship with her neighbor, Luke. They couldn’t be more different but soon the two become an inseparable pair, leaving Aris both surprised and disturbed that Luke understands her better than anyone else ever has…