ONE MORE DAY until the release of Dawn of Aris!!!  *celebratory booty dance*

So before the book drops tomorrow, I wanted to share the music behind the story.

Each song on this list spoke to me while writing…resulting in this unofficial soundtrack!

There were more songs than this on my writing playlist, of course; but I decided that these were the ones that influenced me most. So to all the musicians and songwriters — thank you for the inspiration! 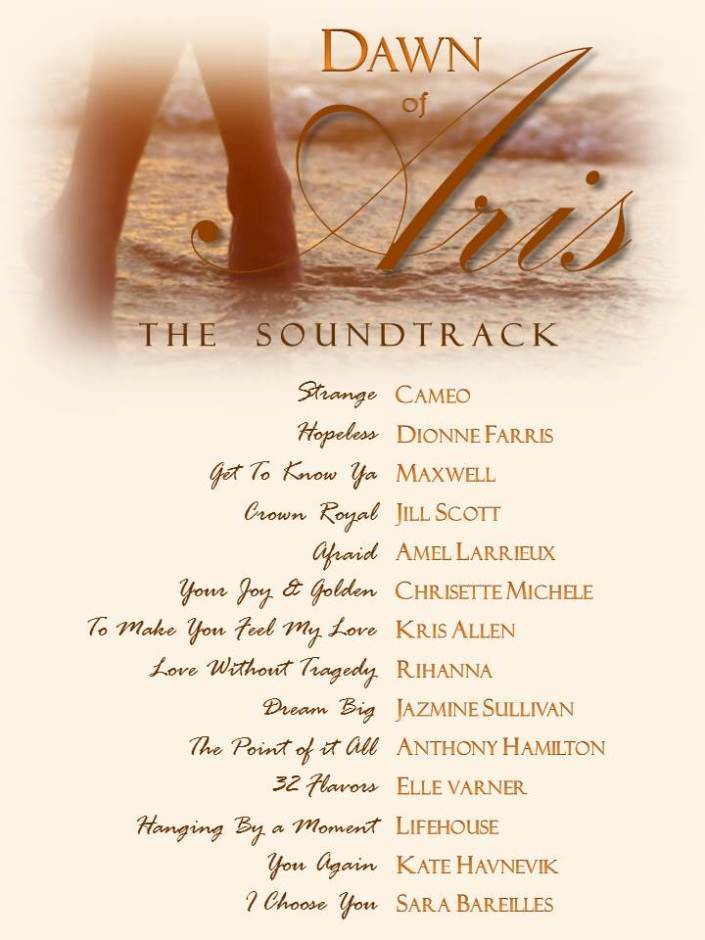