Today, Author Jacinta Howard is stopping by to share an excerpt from Book 2 in The Prototype Series — Finding Kennedy! This highly-anticipated release arrives May 20th, so be sure to add Finding Kennedy on Goodreads.

In the meantime, discover The Prototype in Book 1 — Happiness In Jersey. I fell in love with Jersey and Zay (#JerZay), and I’m sure you’ll love their story as much as I do.

Now back to Finding Kennedy…enjoy this excerpt introducing Kennedy and Travis. Happy Reading! 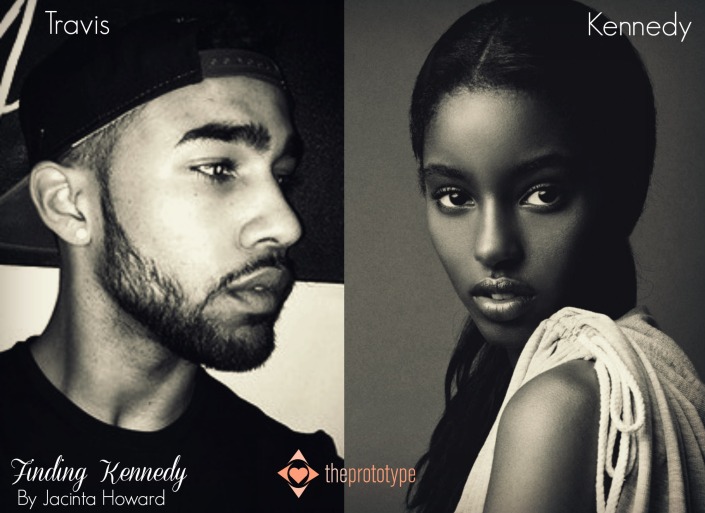 We rode for what felt like forever. Until my mind quieted. Until the noise in my head was less than a hum. Until the vibrations of the bike were even with my breaths.

We pulled up to a place that sort of looked like a small house that’d been gutted and turned into a storefront. The entire street was lined with quaint buildings like it. It smelled like fall– crisp and clean. “Evan’s” was written on the sign that hung just over the front door.

“Where are we?” I asked once I’d pulled my helmet off, smoothing my braid, which was hanging over one shoulder. My body was still humming, coming down from the high of our ride. I was still seated on his bike and watched as Travis removed his helmet, raking his fingers through his hair.

“In Allen, just outside Dallas. I wanted a beignet and some wings,” he said, nodding toward front door of Evan’s as he climbed off.

A small smile touched his lips, and he helped me off the bike. “Was the ride too much?”  he asked, watching as I stretched my arms above my head.

He smiled, brushing a loose strand of hair behind my ear.

“This place is owned by a cat named Evan from back home,” Travis explained, as I looked around. “It’s pretty low key,” he offered, reading my expression. “And it’s old school, so no TVs.”

I looked down at my boots.

“I gotta warn you though, dude is a little… off.”

“Off?” I met his eyes again, grinning.

“Last time I was in here, he was trying to tell me that world is actually flat. Like, he argued me down about it. Got all animated and shit, talking about how Antarctica is really an ice wall.”

I laughed and he shook his head, his dimple showing as he chuckled.

“Why does he think the earth is flat?”

“Your guess is good as mine. I tried to follow what the hell he was talking about– something about gravity being an illusion, and the earth really being a disc.”

I laughed, eyeing him. He smiled and grabbed my hand, interlacing our fingers as we walked together toward the entrance.

“I kept thinking he was gonna laugh, but it never came,” he continued. “All he kept saying was ‘stay woke.’” He widened his eyes, looking like a zombie, and I laughed.

“And you still come here?” I asked as we paused in front of the door.

“You know how hard it is to find a good beignet in Texas?” He raised his brows.

“But beignets and wings?”

He nodded his gaze sweeping over me, landing on my boots. He grinned then met my eyes again.

“My taste is particular.”

“Nah,” he said, his eyes turning serious despite the playful grin on his face. “I don’t believe in that. You should never feel guilty for enjoying what brings you pleasure.”

A half hour later, we were seated at one of the plush booths, and I was completely in love. Evan’s was the coolest place I’d ever been—part restaurant, part bookstore, part record store. It smelled like vinyl and sugar. I chewed slowly, smiling at Travis who was watching me intently, waiting for my response since I’d told him I’d never actually had a beignet.

I swallowed, relishing the sweetness of the pastry, and grinned.

He laughed, stuffing the last of his into his mouth. Sly Stone’s “Just Like a Baby” played from the speakers, the lazy groove filling the space, seeping into my bones, relaxing me. Or maybe that was just Travis’s energy. I’d expected this day to be like last year, unbearable, too drenched in reality. But I felt almost… dreamlike. The sadness, the ache was still there, but it was hazy instead of overpowering. I could breathe with Travis. 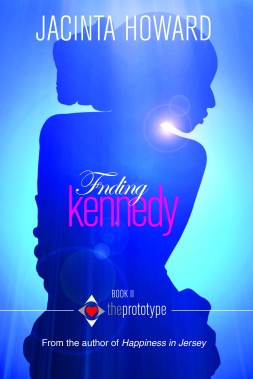 When Kennedy James unexpectedly shows up at her grandma’s house in Tyler, Texas, no one knows what to make of her arrival—including her. The only thing Kennedy does know is that something in her life has to change, and it needs to happen right now. She’s been numb for much too long.

Then she meets Travis Broussard, the perceptively cool guitarist of the indie soul band, The Prototype. The timing couldn’t be worse, but their attraction is instant, magnetic, and at times overwhelming, causing Kennedy to question if it’s possible to feel too much.

As Kennedy attempts to embark on a new path, she finds herself at a crossroads. But if she chooses to follow her heart, is she prepared to deal with what she might find? 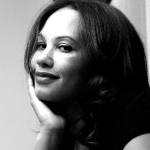 Jacinta Howard is the author of women’s and new adult fiction. Since 2014, she’s released four novels, including the well-received Love Always Series. The first book in the series, Better Than Okay, was nominated for a 2015 RONE Award. She also released the USA TODAY Must-Read Romance, Happiness in Jersey, which the publication calls “full of flavor, while offering a mix of life lessons to ponder long after reading.”

Looking forward to reading Kennedy and Travis’ story in its entirety. The excerpt truly has my interest piqued.

Yes, Tina…this is going to be a great one. Can’t wait.